Git and GitHub are pretty much widely known terms in Open-Source Community. GitHub is a central hub in the production of opensource software and developers work on various projects on GitHub.

However, for a newbie, it doesn’t concern what projects are going on or what projects to contribute to. A basic understanding of Git and GitHub is what matters the most. Before going to the main section, here’s some information about open-source software.

A type of computer software in which source code is  under a license in which the copyright holder grants users the rights to study, change, and distribute the software to anyone and for any purpose. Open-source software may be developed in a collaborative public manner. ~ Wikipedia

What is Git and GitHub? What is it used for?

In a crux, Git is an Open Source Distributed Version Control System. Think of it something like snapshots of your code. You can see a path of these snapshots, in which order they are created. Git records the full history of your code including the changes you make. You can use the feature of branches (cloning the main project) for experimentation as well.

With the help of Git, many people can work on the same project parallelly and will be able to see the history of changes happened in the project. This enables much workforce to work on a project simultaneously and efficiently.

Linus Torvalds is a founder of Git, which helps in tracking changes in computer files and coordinating work among multiple people. Widely popular in source-code management in software development, it can also track any files regarding your project.

So, In short with Git you can easily track the changes happened in the source-code of your project and easily make changes. Whether it’s you or anyone else, changes can me made parallelly and efficiently.

Now the next question comes what is the difference between Git and GitHub? Are they same or not? Clearing up any confusion let’s take a look into GitHub.

Normal search about GitHub would show something like “distributed version-control platform where users can collaborate on or adopt open source code projects, fork code, share ideas”.

You can host your project on GitHub or contribute to existing projects like Mozilla, OpenCV, etc.GitHub can also provide your help in various competitions or events like Google Summer of Code, Hacktoberfest, and Winter of Code. It also helps you connect with various developers across the world and work in teams on various projects.

You can also host your code to DropBox by running Git on files hosted there. But GitHub is particularly for Git use and specifically suitable for the open-source niche.

So that was all about the day. Do let me know about your views on open-source development in the comments below and have fun in open-sourcing. 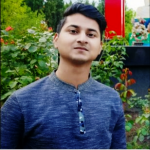 Himanshu is a tech enthusiast and loves to write about Tech stuff. He is Tech Journalist @ InnovativeBeast and Developer at @ Qdient Enterprises