PUBG is one of the most popular and loved all over the world. It is basically an all in one game combining the driving skills, sniping skills, strategic gaming and much more. PUBG lite is being introduced, to increase the craze of the game even more.

The light version has a much lower hardware requirement and offers some cool new gifts for the users. The PUBG lite beta, which was launched earlier, is now launched in India too.

Visit the official PUBG lite website and download a .exe file of 64 Mb (approx). This adds a PUBG Launcher to your PC. A prompt will appear to download the additional file of around 2 GB. All the required drivers are available on the same page. Create an account or use your older account used for pre-registration.

Hope you liked the post. Do share your comments on the PUBG lite version below in the comment section and do let us know if you look forward to playing PUBG lite. 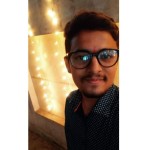 I am a tech enthusiast, who loves discovering and exploring new technology and gadgets. Tech Journalist @InnovativeBeast