Mortal Kombat 11 reveal releasing date
The new version of Mortal Kombat will be released on April 23, 2019.
Mortal Kombat X was released in the year of 2015, it was quite an interesting brutally fighting game.

And now the new version of Mortal Kombat brings the more violent and realistic fighting game.

Mortal Kombat 11 will be out on X-box, PS4, Nintendo Switch, Windows PC.

And of course, the Mortal Kombat 11 Fatalities take the stomach-churning details to new heights of bloody depravity, with faces getting ripped clean off and spines peeled from skeletons aplenty.

Here all the officially confirmed Mortal Kombat 11 characters so far:

It’s nice to see the return of fan-favorite Skarlet, who made her first appearance as a DLC fighter in 2011’s Mortal Kombat, better known as Mortal Kombat 9.

Finally, stage missions are back, adding another layer of strategy and combo potential based on your positioning.

Depending on the stage and the placement of your opponent, you might have the option to quickly slam their head into a pointy spike, or grab a nearby chainsaw.

It’s just another thing you have to watch out for in Mortal Kombat’s speedy fights.

It seems like Kronika can control the flow of time just like Geras, and the two will no doubt play an important part in the story.

Kronika’s inclusion as the big bad might also slightly retcon the events of Mortal Kombat’s entire storyline, turning every event into machinations of Kronika’s evil plans. 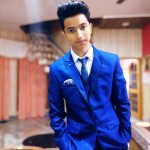